Schlegel Electronic Materials, Inc. (SEM) is an active member of the IEEE P1302 Committee .This working group is in charge of the review of the methods to characterize Conductive gasket from DC to 40 GHz. Hereafter is a brief description of the main methods in use at SEM.

This aperture attenuation method derived from the former Mil  Std 285/IEEE 299 characterizes the shielding effectiveness (SE) of the gasket from 20 MHz to 10 GHz . The test set-up consist of a shielded room with  an  opening of 610/610 mm (24”/24”) with one emitting antenna outside and a receiving antenna inside the room and two meters distance between antennas. 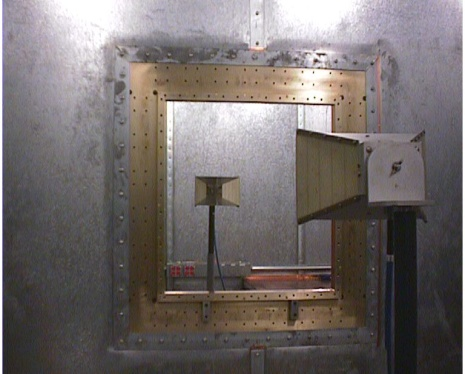 A first measurement is made from one antenna to the other through the opening and a second is made when the opening is closed by means of a metal plate with the gasket to be tested mounted around and compressed. The method measures   the field before and after the metal/gasket and the shielding effectiveness of the gasket is: 20 log E1/E2 (H1/H2) or the difference between both measurements in dB from 20 MHz to 10 GHz. Measurements according to Mil DTL 83528C can be compared and especially if testing are carried out by an independent laboratory. The specification requires a minimum of 5 measurements per decade and SEM provide in its technical documentation the average value of the 15 measurements.

For the measurement of Shielding Effectiveness for small size gaskets, SEM is using TEM-T and Ht Cells .  This is a non-standardized test method described in IEEE Std 1302 and used in R&D because of its good repeatability (1-3 dB). TEM-t is a TEM mode transmission line device simulating far field conditions. The square coaxial fixture of the TEM-t is cut in the middle so that a gasket holder compressing the gasket under test can be inserted between the two halves of the measuring equipment. The H-t cell is made by a set of two small loop antennas simulating the magnetic near field. 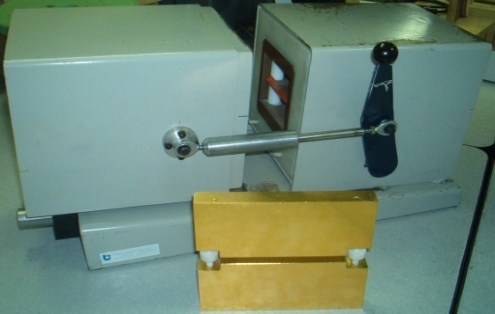 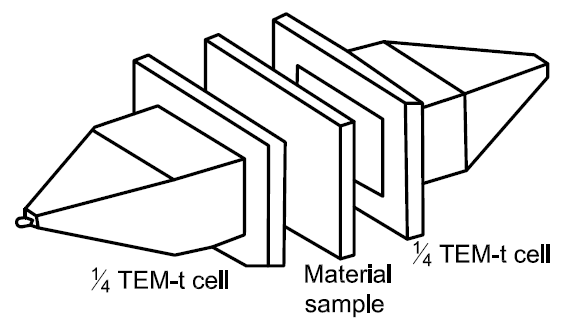 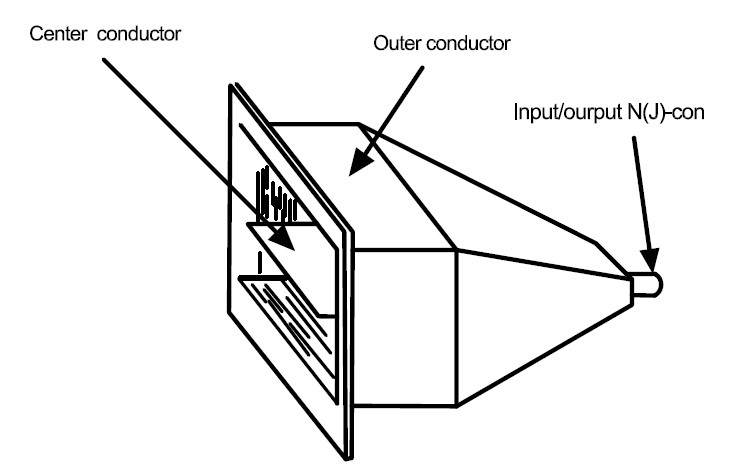 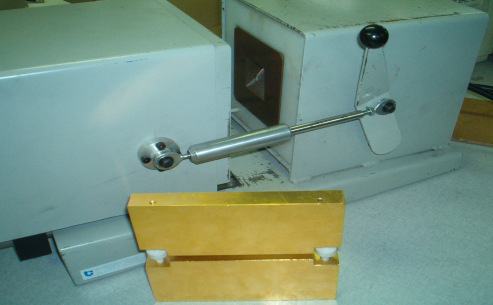 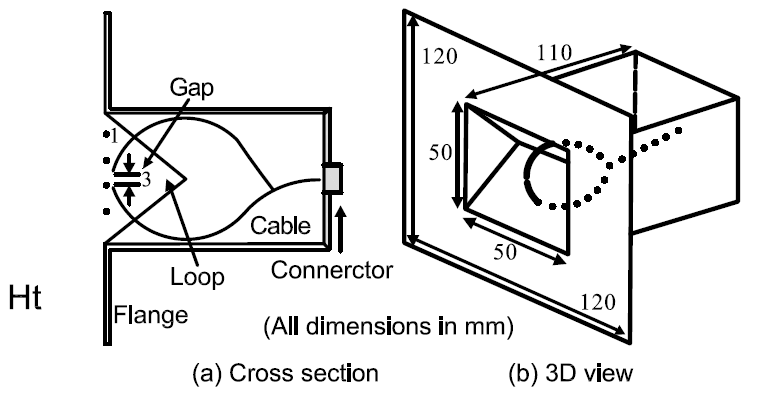 Schlegel Electronic Materials, Inc., in partnership with the KULab REMI research group of the KULeuven (University of Leuven-Belgium), developed a new testing fixture to characterize the Shielding effectiveness of   conductive gaskets up to 40 GHz. The principle of this fixture is based on a method that was first introduced by Prof. B. Koerber to measure the radiated emission and susceptibility of Integrated Circuits (IEC 61967-8 and IEC 62132-8) .The method utilizes a stripline antenna which closes over a PC-Board. 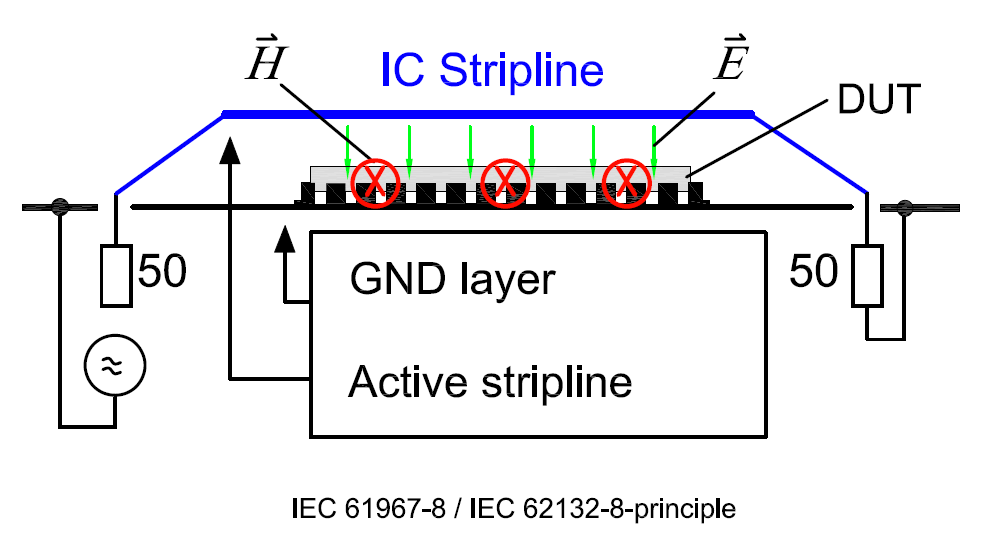 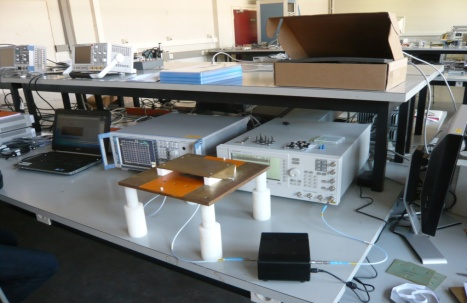 In the new stripline fixture, the PC board with the IC under test is replaced by a small microstrip antenna embedded into a cavity within the ground plane. The cavity can be closed by means of a thick plate which compresses the gasket under test. A stripline antenna covers the set-up. 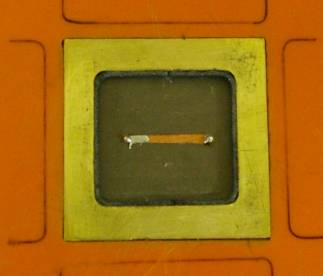 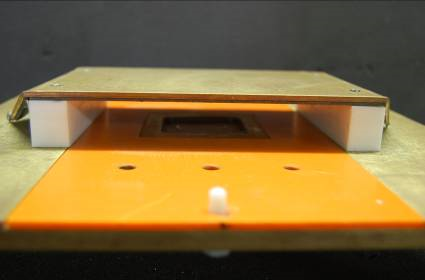 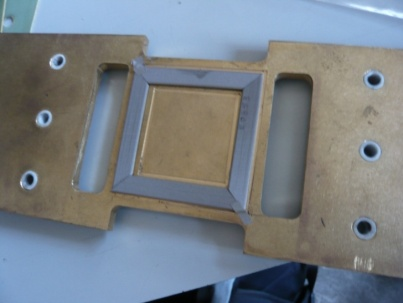 The testing procedure similar to IEEE 299 is as follows:

The test method will be soon supported by a standard from SAE (Society of Automotive and Aerospace Engineers) under the reference SAE ARP 6248.